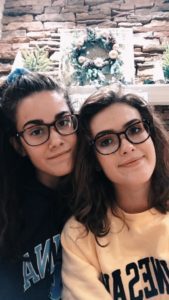 I have watched the unfolding of something magical in my home, something I deeply believed would never happen. Sisters moving from rivals to reveling in being best of friends. I heard it would change as they get older, but when I lived with the conflict day in and day out, knew their temperaments and dissimilar interests, it seemed impossible as a mother to envision them loving each other beyond the obligatory. I had two friends who gave me hope. One said just keep praying it would change, and another shared with me that as teenagers she and her sisters would drag each other by their hair in outright anger down the hallway, but now are best of friends, so give it time. From afar I was able to see these two different sets of sisters who adore each other now and spend every chance they can get together. I saw it, it gave me hope, but I didn’t know if it would be possible in my home.

The conflict started young when I believe there was competition for a place in mom’s heart. One always felt left out, on the outside, never good enough. The other only always wanted her sister’s love and approval. They both had holes in their heart that couldn’t be filled. So they needed to grow, deepen their walks, experience other people. I had them share a room to attempt ensuring them being together, to stay up late, talk and bond. That, like most of my attempts, fell flat. The older soon moved to the guest bedroom in middle school. I was devastated. Intellectually I understood the personality, stage of life, and the need for being alone. I wondered if these two wonderful girls would ever figure it out and enjoy each other.
The real turning point was when one daughter had a need the other one could fill. She stepped up in her sister’s life to fill a void. It was beautiful. It wasn’t because I made her. It wasn’t out of guilt. It was out of having experienced similar pain, seeing her sister go through it, and then stepping in to be there for her. That’s all it took. A need and a compassionate response. And the other sister left her heart open to receive it.

I fuel the flame by giving them money to go on sister dates and a heck of a lot of prayers. They go to concerts, get their nails done, make ice cream or Wendy’s runs. They still look at me with a twinkle in their eye like they are getting away with something when I give them money to go out together. But I remember when that twinkle was a tear and the eyes were set against each other, so sure, you can go out together and bond, and I will certainly pay for that. Because in the end, seeing them love each other and support each other was one of the hopes and dreams I had for them. In life, I find I don’t always get a chance to see things turn out the way I wanted them to. But this one, this one I do. This one I enjoy over and over, and I hope I never lose my appreciation for the transformation that took place in my home from rivals to reveling in each other. 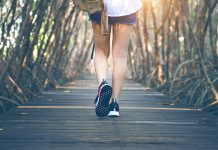 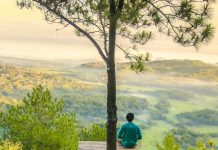