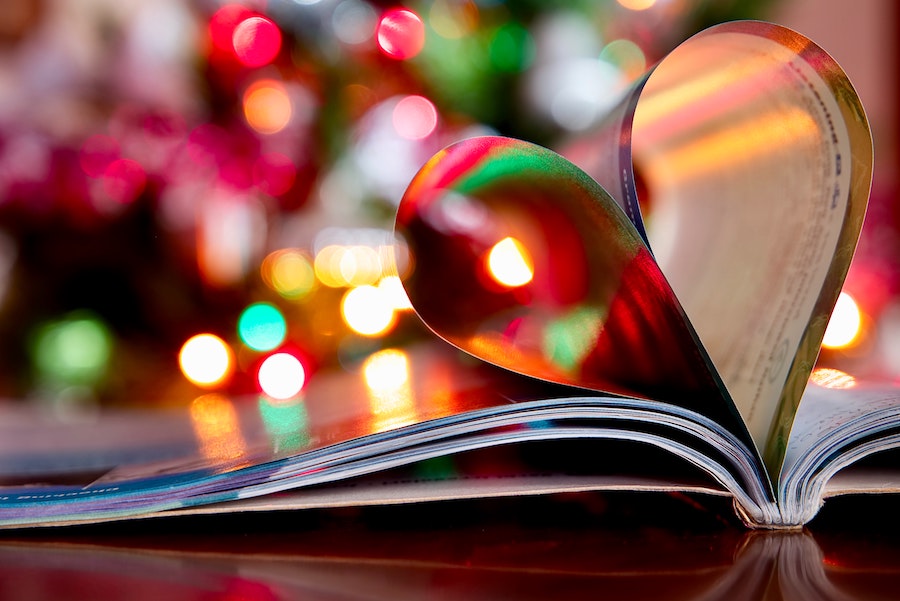 As a bookworm, my “to be read” list for December always includes cozy holiday romance reads. There’s nothing better than basically a Hallmark movie in a book while you’re enjoying hot cocoa, the ambiance of winter, and hopefully a few silent nights. 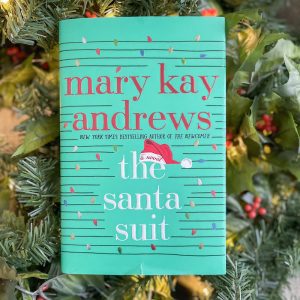 Summary via Goodreads: When newly-divorced Ivy Perkins buys an old farmhouse sight unseen, she is definitely looking for a change in her life. The Four Roses, as the farmhouse is called, is a labor of love—but Ivy didn’t bargain on just how much labor. The previous family left so much furniture and so much junk, that it’s a full-time job sorting through all of it. At the top of a closet, Ivy finds an old Santa suit—beautifully made and decades old. In the pocket of a suit, she finds a note written in a childish hand: it’s from a little girl who has one Christmas wish, and that is for her father to return home from the war. This discovery sets Ivy off on a mission. Who wrote the note? Did the man ever come home? What mysteries did the Rose family hold?

This adorable novel is a short one, so you can expect to finish it in one sitting if your kids will let you sit long enough.

Always, in December by Emily Stone 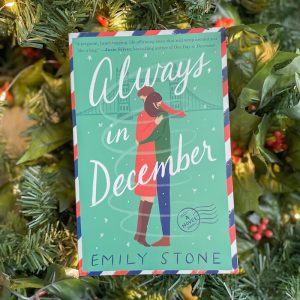 Summary via Goodreads: It started with a letter. It ended with a love story.
Every December, Josie posts a letter from her home in London to the parents she lost on Christmas night many years ago. Each year, she writes the same three words: Missing you, always. But this year, her annual trip to the postbox is knocked off course by a bicycle collision with a handsome stranger–a stranger who will change the course of Josie’s life.
Josie always thought she was the only one who avoided the Christmas season, but this year, Max has his own reasons for doing the same–and coincidence leads them to spend the holiday together. Aglow with new love, Josie thinks this might be the start of something special. Only for Max to disappear without saying goodbye. Over the course of the next year, Max and Josie will find that fate continues to bring them together in places they’d never expect. New York City. Edinburgh. The quiet English countryside. And it turns out, Max had every reason to leave and every reason to stay. But what does fate hold for Josie and Max as Christmas approaches again?

This one doesn’t seem like your typical romance novel, and is described as “devastating”, so have your tissues handy.

The Holiday Switch by Tif Marcelo 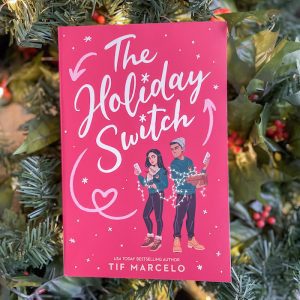 Summary via Goodreads: Lila Castro is ready to take on her last winter break of high school. The snow is plentiful, the mood is full of holiday cheer, and she’s earning extra cash working at the cozy local inn. But her perfect holiday plans crash to a halt when her boss’s frustratingly cute nephew, Teddy Veracruz, becomes her coworker. When they accidentally switch phones one afternoon, they both realize they’ve been hiding things from each other. Will their secrets–and a dash of holiday spirit–bring them closer to love?

The Holiday Switch is a YA romance, and safe for younger teens. 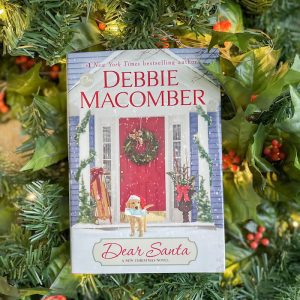 Summary via Goodreads: Lindy Carmichael isn’t feeling particularly joyful when she returns home to Wenatchee, Washington, for Christmas. The man she thought was “the one” has cheated on her with her best friend, and she feels completely devoid of creativity in her graphic-design job. Not even carolers or Christmas cookies can cheer her up–but Lindy’s mother, Ellen, remembers an old tradition that might lift her daughter’s spirits.
Reading through a box of childhood letters to Santa and reminiscing about what she’d wished for as a young girl may be just the inspiration Lindy needs. With Ellen’s encouragement, she decides to write a new letter to Santa, one that will encourage her to have faith and believe just as she’d done all those years ago. Little does Lindy know that this exercise in gratitude will cause her wishes to unfold before her in miraculous ways. And, thanks to some fateful twists of Christmas magic–especially an unexpected connection with a handsome former classmate–Lindy ultimately realizes that there is truly no place like home for the holidays. 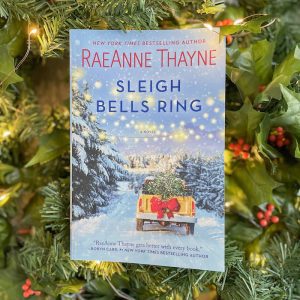 Summary via Goodreads: Ranch manager Annie McCade thought her twin niece and nephew could join her at the Angel View Ranch for Christmas with her absent employer being none the wiser. But when the ranch’s owner, Tate Sheridan, shows up out of the blue, Annie’s plans are upended. Soon she finds herself helping Tate make a Christmas to remember for his grieving and fractured extended family.

The Holiday Swap by Maggie Knox 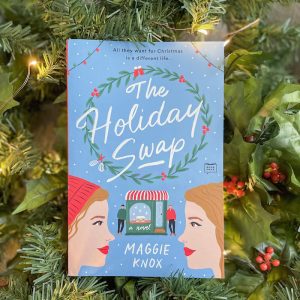 Summary via Goodreads: When chef Charlie Goodwin gets hit on the head on the L.A. set of her reality baking show, she loses a lot more than consciousness; she also loses her ability to taste and smell–both critical to her success as show judge. Meanwhile, Charlie’s identical twin, Cass, is frantically trying to hold her own life together back in their quaint mountain hometown while running the family’s bustling bakery and dealing with her ex, who won’t get the memo that they’re over.
With only days until Christmas, a desperate Charlie asks Cass to do something they haven’t done since they were kids: switch places. Looking for her own escape from reality, Cass agrees. But temporarily trading lives proves more complicated than they imagined, especially when rugged firefighter Jake Greenman and gorgeous physician’s assistant Miguel Rodriguez are thrown into the mix. Will the twins’ identity swap be a recipe for disaster, or does it have all the right ingredients for getting their lives back on track?

In a Holidaze by Christina Lauren 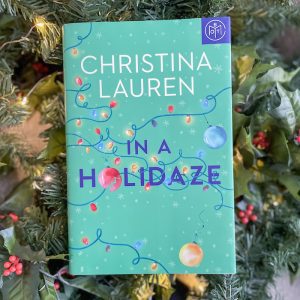 Summary via Goodreads: It’s the most wonderful time of the year…but not for Maelyn Jones. She’s living with her parents, hates her going-nowhere job, and has just made a romantic error of epic proportions. But perhaps worst of all, this is the last Christmas Mae will be at her favorite place in the world—the snowy Utah cabin where she and her family have spent every holiday since she was born, along with two other beloved families. Mentally melting down as she drives away from the cabin for the final time, Mae throws out what she thinks is a simple plea to the universe: Please. Show me what will make me happy. The next thing she knows, tires screech and metal collide, everything goes black. But when Mae gasps awake…she’s on an airplane bound for Utah, where she begins the same holiday all over again. With one hilarious disaster after another sending her back to the plane, Mae must figure out how to break free of the strange time loop—and finally get her true love under the mistletoe.

The Twelve Dates of Christmas by Jenny Bayliss 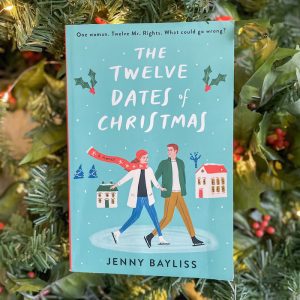 Summary via Goodreads: When it comes to relationships, thirty-four-year-old Kate Turner is ready to say “Bah, humbug.” The sleepy town of Blexford, England, isn’t exactly brimming with prospects, and anyway, Kate’s found fulfillment in her career as a designer, and in her delicious side job baking for her old friend Matt’s neighborhood café. But then her best friend signs her up for a dating agency that promises to help singles find love before the holidays. Twenty-three days until Christmas. Twelve dates with twelve different men. The odds must finally be in her favor… right?

A Season for Second Chances by Jenny Bayliss 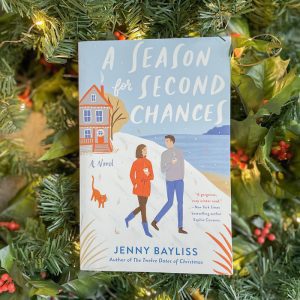 Summary via Goodreads: Annie Sharpe’s spark for life has fizzled out. Her kids are grown up, her restaurant is doing just fine on its own, and her twenty-six-year marriage has come to an unceremonious end. Untethered for the first time in her adult life, she finds a winter guardian position in a historic seaside home and decides to leave her city life behind for a brand-new beginning. When she arrives in Willow Bay, Annie is enamored by the charming house, the invigorating sea breeze, and the town’s rich seasonal traditions. Not to mention, her neighbors receive her with open arms–that is, all except the surly nephew of the homeowner, whose grand plans for the property are at odds with her residency. As Christmas approaches, tensions and tides rise in Willow Bay, and Annie’s future seems less and less certain. But with a little can-do spirit and holiday magic, the most difficult time of her life will become…a season for second chances.

This Time Next Year by Sophie Cousens 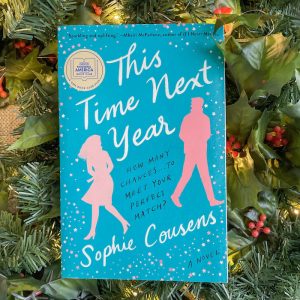 Summary via Goodreads: Down-to-earth baker Minnie Cooper knows two things with great certainty: that her New Year’s birthday has always been unlucky, and that it’s all because of Quinn Hamilton, a man she’s never met. Minnie and Quinn were born at the same hospital just after midnight on New Year’s Day thirty years before, and not only did he edge her out by mere minutes to win the cash prize for being the first baby born in London in 1990, but he stole the name she was meant to have, as well. With luck like that, it’s no wonder each of her birthdays has been more of a disaster than the one before.
When Minnie unexpectedly runs into Quinn at a New Year’s party on their mutual thirtieth birthday, she sees only more evidence that fortune has continued to favor him. The handsome, charming business owner truly seems to have it all–including the perfect girlfriend. But if Quinn and Minnie are from different worlds, why do they keep bumping into each other? And why is it that each frustrating interaction somehow seems to leave them both hoping for more?

Do you have any favorite holiday romance reads you’d add to this list? 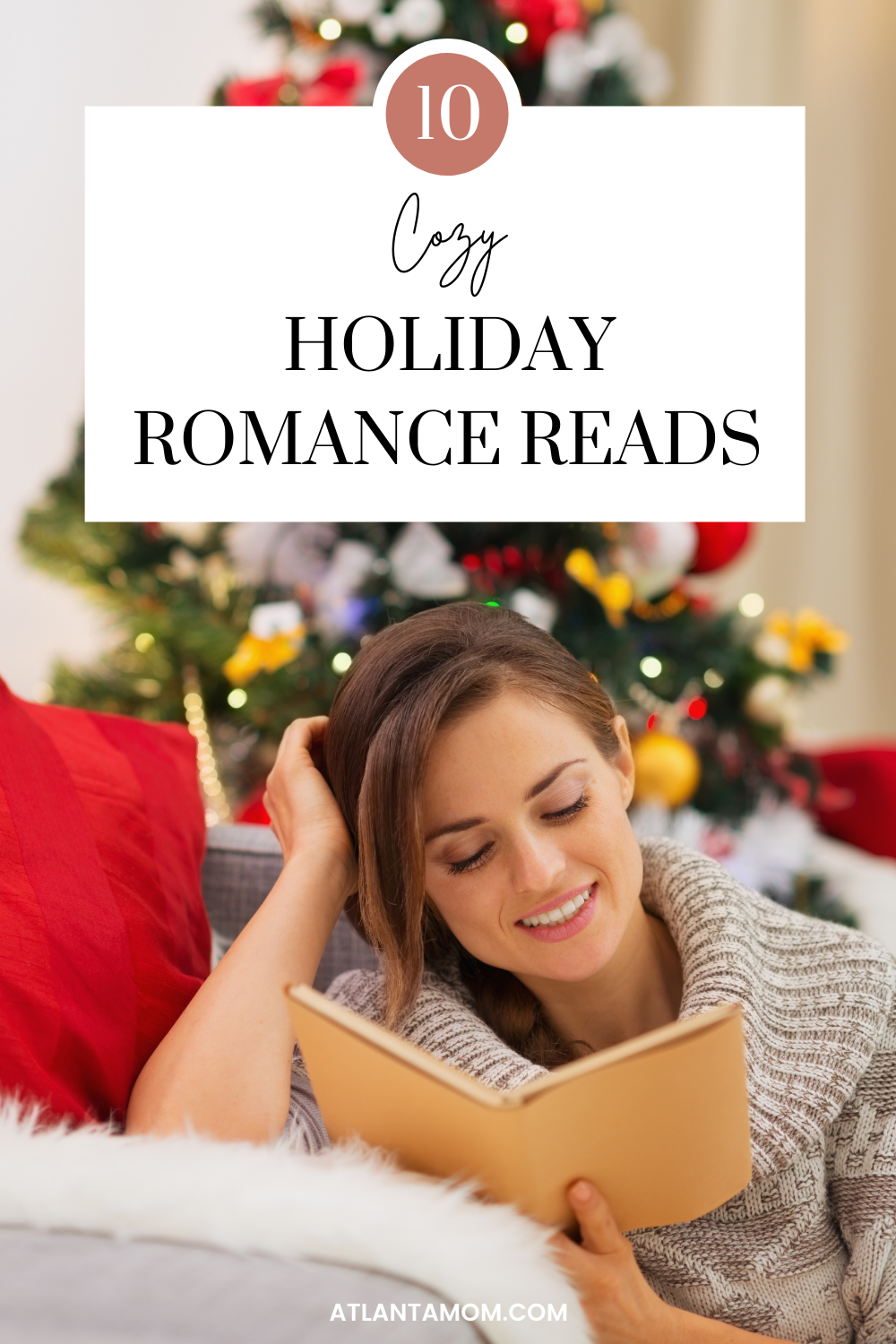 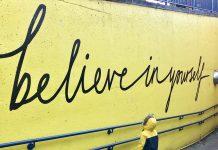 5 Ways to Use Daily Affirmations for Kids 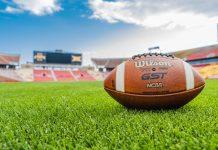 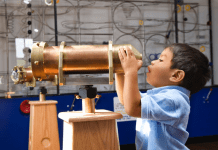 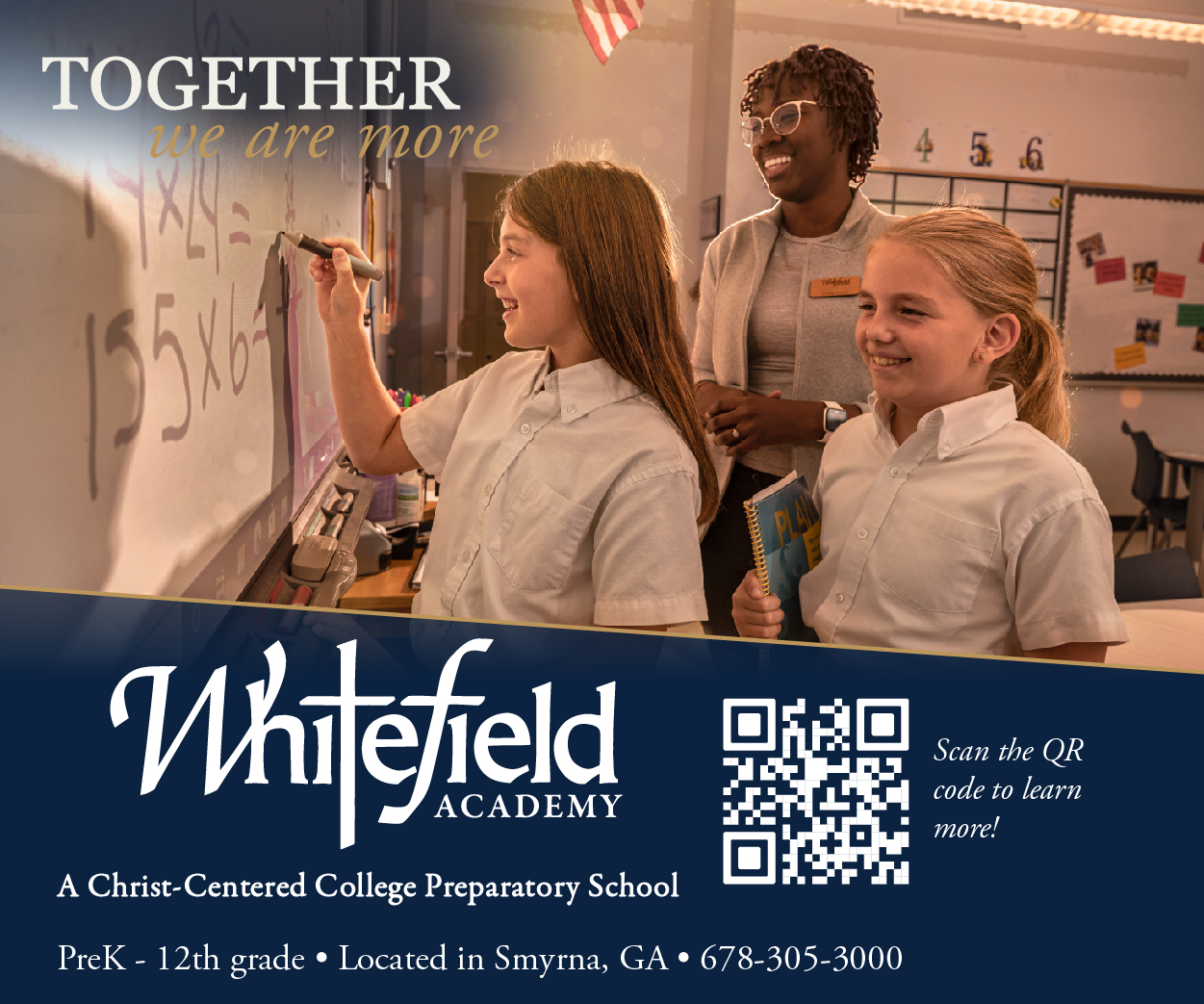