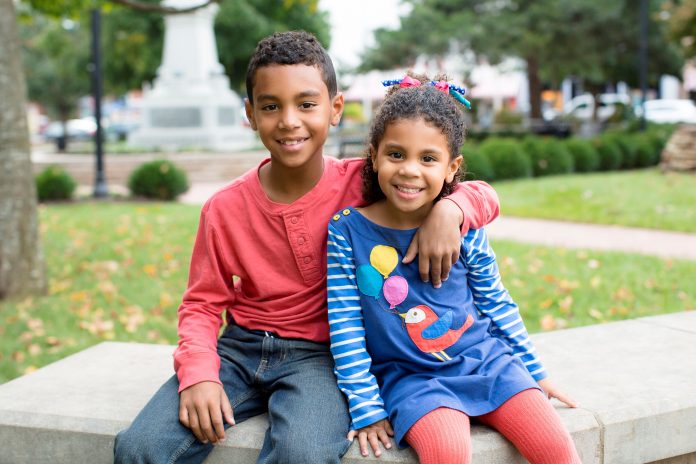 On a spring day in Arkansas while sitting in a corporate workshop my wife called me for the third time in 30 seconds. If you have ever gotten a phone call from the same person in rapid succession, your emotional guard goes into overdrive. Melissa was crying, talking fast and all I heard was, “You have to come home now, the school called and there was an incident. Jaydon was called a Slave today, and the bus will be home in 20 min. I need you here…” I quickly hung up, gathered my things and ran to the car, mind racing, wondering what we were going to say to our 7-year-old son. Yeah, this happened in first grade.

I’m Black. My wife is White. We have two beautiful children, raised in faith and love. We have lived all over the county and managed through a host of different experiences, both good and bad being a mixed-race household. Early in our marriage Melissa noticed different things I was conditioned to, because it had been happening my whole life. Often, unless you are the victim of prejudice, it is hard to see. When you experience it regularly, you learn to see it and manage through. It’s sad to admit I’ve casually accepted prejudice most of my life, choosing to fight it by rising above it. My goal was to debunk the stereotype of what a Black Man is in America. I wanted to change the narrative of “They.”

Be a Great Student: “They don’t finish high school or college; they just don’t work hard.”

Don’t get Arrested: “Look how many of them are in prison, if they could only obey the law.”

Work Hard: “They just want handouts, welfare and the government to care for them.”

Be Successful: “We interview diverse candidates, but they just didn’t qualify, they need more development.”

Make Good Money: “They are typically poor and live in bad neighborhoods.”

Be a Great Dad: “Look how many don’t have a dad around.”

If I can do this and raise my kids to do the same, then we can make meaningful change by being one of the millions of examples that don’t fit the stereotype.

(there will be bias in my commentary, because we all have it and I’m still working through it)

I’m Mad. Another 7-year-old called my son a Slave. Where the ____ did he learn that? Why did I move my family to Arkansas? If this goes bad, I’ve got no backup.

I’m Sad. Jaydon is such an innocent kid. He was taught to see character. Color was just a characteristic. Color didn’t equate to a personality, belief or anything other than what it was; a shade. We don’t even allow him to describe kids by the color of their skin. He is 7. This is going to FOREVER shape his experience, his opinions.

I’m Scared. What do I say to him? How do I help Melissa process this? How do I talk to him and help him understand what just happened without painting a broad stroke? What if I say it wrong? What if I fail as a Dad, right now? Or have I already by putting him in this position?

I’m Determined. I will not let this incident define my son. I’m going to continue to share the fact that LOVE will always be stronger than HATE and FORGIVENESS is powerful. This is a moment to teach and to learn and the best growth comes from tough situations.

As parents, we have the ultimate ability to shape how our kids process information. We have the ultimate responsibility to provide context about the world in a responsible way. We must choose between what opinions and what facts we share with our kids and the ones that we don’t. The scariest thing about the current climate of America isn’t the conversations that we see, it’s the ones happening or not happening in every household. Embracing the uncomfortable vs. ignoring it is more important than ever.

The Moment of Truth.

Head down, walking off the bus, Jaydon locked eyes with Melissa. Like every little boy when he locks eyes with his Mom, the tears flow.

I was hanging up the phone with the Dad of one of the boys who said this to him. The Dad was mortified, incredibly emotional and wanting to visit our home, look us in the eye and apologize from the bottom of his heart for the pain he knows this caused. His son wasn’t the instigator, more of a bystander who piled on and he wanted his son to feel the emotion of the pain that he was a part of. To this day we never heard from the parents of the primary boy.

I decided to take the serious demeanor with Jaydon. Mental toughness is necessary on topics like this. But LOVE is necessary and after a long hug and the wiping of tears I said…

Before I tell you what I did, what would you do? What would you say? What would you ask? How would you and your Spouse or Co-Parent address this? Comment below because this is as real as it gets. We aren’t perfect as parents and on tough topics we need to learn from each other. There is no right or wrong, just perspective and learning.

Time to Listen and Teach.

I believe kids listen more when you can adapt your delivery to “their” current understanding and “their” language and I believe asking them questions creates the best dialogue, especially in a complicated situation like this. This situation wasn’t complicated, but the net effect of this experience is, because I know he will never forget it. With that, I needed him to “say” what he was feeling, and I needed to pull it out so that I could understand how to manage through.

Why are you crying? I don’t know. I’m just sad. I didn’t do anything wrong. We were playing and he kept getting mad because I kept winning. I’m just sad that he called me that.

What is a Slave? It’s like a person who does stuff for other people. But it just felt mean. It made me sad because being a Slave isn’t a good thing. It’s a bad thing, right? I just don’t understand why he would call me something like that, because I didn’t do anything wrong.

I told him he was right. Being called a slave wasn’t nice at all, in fact it was evil. I explained no one should ever be called that and that he would never be a Slave to anyone. But he still couldn’t understand “why” the boy called him that. I decided to use familiar history so he could anchor my next set of comments. I asked him.

I remember smiling when he said this, because it was so innocent and simple. Kids make things simple. Why can’t we? Why do we lose our innocence and create complexity when we don’t need to?

Time to Grow Up.

For the next 15-20 minutes I explained to him that he was amazing just the way he was, but that there would always be people that didn’t think that. In fact, there were people who still didn’t agree with what Martin Luther King Jr. and others helped change in our world. I shared some short stories about how his grandparents and great grandparents grew up in a world where people weren’t nice to them all the time, not just some of the time. I explained our family worked hard to give us the opportunity to live and thrive in a world where there are less bad people and more good people. They did it by being the best and doing our best, supporting each other and loving everybody, even if they didn’t love us back. And now it was his turn to love others, even when they don’t show it back. Now was his time to be the best, do his best and never apologize for being great. It was his time to learn how to rise above and be a positive example, even when others don’t do the same. It was his time to grow up, faster than I wanted him to, but on-time for the world we live in.

Melissa and I together just showed him love. We helped him forgive. We helped each other rise high. Melissa drove home her little boy was perfect, just the way he was and that he can never let anyone make him think different. While a Dad’s love is awesome, we all know a Mother’s love and a Mother’s words mean so much. And a Mother’s innate ability to protect is the fiercest weapon I’ve ever seen.

We met with one family and invited them into our home. With tears all around their little boy apologized, not just to Jaydon but to our entire family. As parents we cried together, while the kids went outside and started playing. This boy wasn’t the instigator, but he went with the flow. Seeing two mom’s embrace knowing the pain and the emotion of the situation was powerful. Seeing the kids playing after sincere reflection, learning and apologies was powerful. The most powerful thing for me is seven years later, Jaydon is 14 and remembers this experience like it was yesterday. He knows he must always be aware and observant of his surroundings, but that experience has not defined him. It is just a point in time and has given him perspective….

As parents we have such a responsibility to engage in the tough discussions. We can’t shy away from them, no matter how much they make us uncomfortable. We must teach, protect and help our children evolve, while controlling our own pain and our own constant evolution

Ron is the VP & General Manager for Kerry North America.  He is a graduate of the Executive MBA program at Washington University St. Louis’ Olin Business School and holds a bachelor’s from the University of Rochester. In his community, Ron co-owns Shred415 Alpharetta, a Boutique Fitness Studio with his wife Melissa and recently was named a lululemon Ambassador at Avalon. He has served as a mentor for students in the Skandalaris Center for Innovation & Entrepreneurship at Washington University and has been an active member, speaker and champion of the Network of Executive Women, a leading organization for gender balance and leadership in the consumer packaged goods industry. Ron & Melissa reside in Milton, GA, with their two children, Jaydon & Gianna and their two golden doodles, Buddy & Rosie. 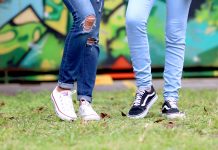 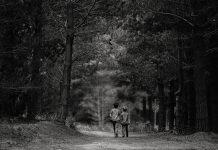 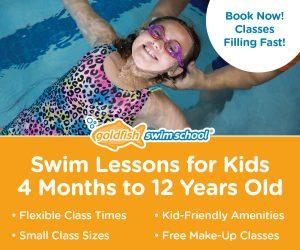 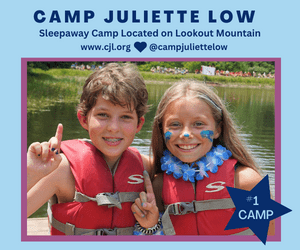 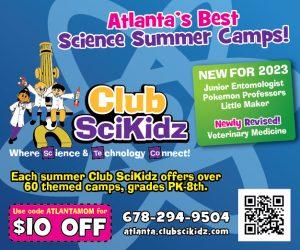 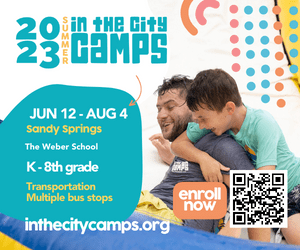 February Events In and Around Atlanta

Larissa Brown - February 3, 2023 0
Enjoy February with some of these fun events around the metro Atlanta area and beyond, or stay snuggled up with your loved ones, a...

Celebrate New Year’s In and Around Atlanta

ABOUT US
Atlanta Mom is a locally-focused parenting resource for moms and families. Passionate about parenting and our community, Atlanta Mom strives to connect area moms to relevant resources, local businesses, can’t-miss happenings, and most of all — each other!
FOLLOW US
Atlanta Mom © - 2023
Sister Site at City Mom Collective